Parking near the Gainfield Crossroads I walked towards Buckland Warren and after some several hundred yards noticed a pair of small Robin-like birds on the barbed wire that runs from the entrance to the forested area. They were in fact Stonechats a cock and hen and were quite approachable, these beautiful birds are always a joy for me to behold and this is the first time I have found them  in the vicinity .Yesterday I found many Pheasants roaming a farm I have access to, and there were at least six white ones among them, looking really quite striking, it's a sad fact that they are a small part of a problem that when combined, the Pheasant and  Red Legged Partridge now total some fifty million of non native game birds released yearly in our countryside, small wonder they upset whatever natural balance there may have been before and it's not in any way surprising they consume the natural food that would have previously helped our native wild bird population to survive .

I seem to be seeing Little Egrets everywhere I go on my bird rambles these days and by the side of the Bampton to Clanfield road yesterday I noted three foraging in an arable field that had been recently cultivated , presumably feasting on the worms etc that had been forced to the surface by the recent heavy rains, making easy pickings.

As I walked back from the Warren the Stonechats were again much in evidence and just to top things off a Golden Eagle flew overhead - oh! no it was just a Kestrel. 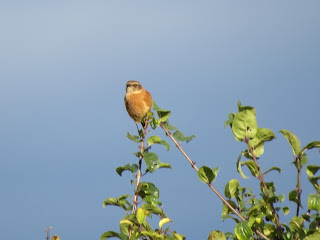 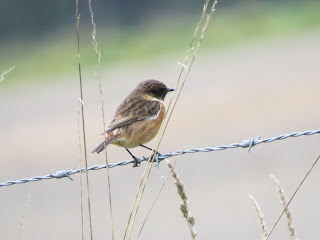 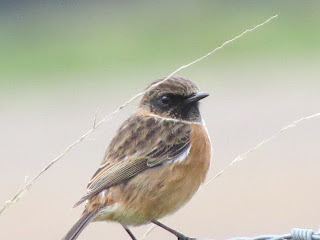 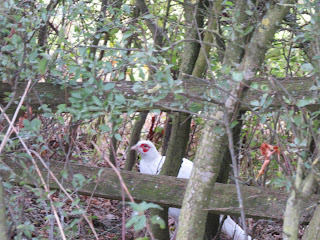 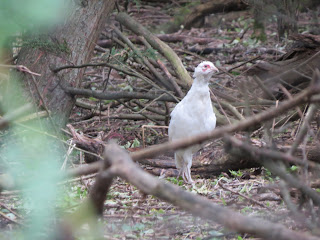 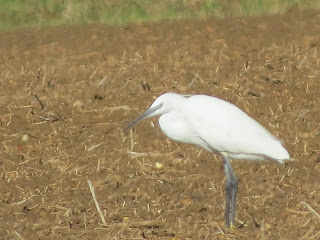 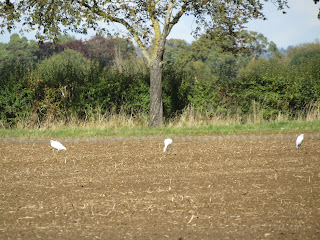 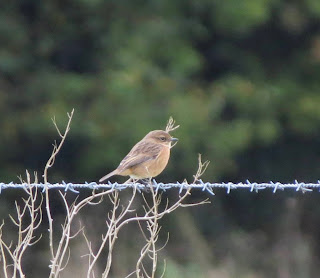 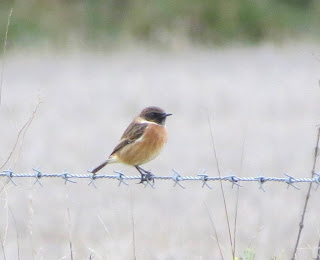 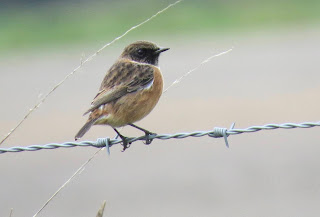 Parking near the Gainfield Crossroads I walked towards Buckland Warren and after some several hundred yards noticed a pair of small Robin-l...